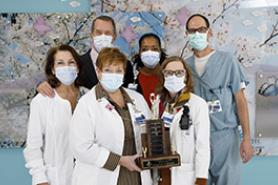 Delayed by the pandemic, Marty was finally able to present the award for 2020.

His remarks on that day -

It is a privilege to be with you all here today to present Team Cone with the PQCNC Decade of Achievement Award. The decision to make this award honoring our tenth anniversary was made by our PQCNC Core Team based on Cone’s participation in projects, data submission and demonstrated improvements in a multitude of QI efforts over the last decade.  There was much consideration given to the recipient of this award. There are many hospitals in North Carolina who have committed fervently to making the care we deliver moms and babies the best anywhere. You all have distinguished yourselves.

As all of us living in healthcare quality know being a provider of reliable, safe, and high-quality care requires commitment, professionalism, and passion. It demands leadership and a demonstrated ability to work as a team. Cone has over the decade demonstrated all these qualities. The proof is in the results you achieved in 39 weeks, CMOP, antibiotic stewardship, NHPC, OBH and CLABSI reduction.

This award is based on a decade of intensive commitment to quality improvement. I cannot name all the hundreds of Cone teammates who have dedicated their careers to the efforts here, but I will mention a few. Cone’s tradition of commitment to advancing perinatal care in PQCNC’s work goes back to PQCNC’s beginnings. It was Dr. Richard Kaplan who led the charge to reduce elective deliveries < 39 weeks. In the following years others would carry this torch. Amanda French (now Amanda Freedman), Tina Hunsucker, Kay Gable, and Sue Pedaline. Today, and for several years, Jenny Clapp has been walking point in leading Cone Perinatal QI efforts. She has been a warrior for QI efforts rallying staff to the perinatal QI mission and it is right that she stands here to receive this award for Cone Health.

Some general comments. QI work is hard. It is more than just QI though, the work we do is focused on value. PQCNC sees its value equation as a combination of spreading best practice, partnering with patients and families, and optimizing resources. In an age of hospital system amalgamation, big health systems and with the added challenge of Covid, this mission I would argue has become even more difficult. There is the major temptation for large health systems to believe that a centralized “QI shop” can effectively support a health system in improving its quality. There exists a belief that this can be done by spitting out data in centralized dashboards which will result in individual hospitals or clinics being advised of their deficiencies or successes and that proper action will be taken to either correct or sustain those outcomes at the local level.

This attitude fails to address the fact that the systems we have in all out hospitals or clinics are well designed, some over decades, to deliver the outcomes they deliver. Data is necessary and helpful in recognizing the challenges we face in perinatal care, but data is a tool, it is not the work. It is not the WHY. The WHY in PQCNC is we wish to make North Carolina the best place to give birth and be born. What we do is recognize opportunities by analyzing data and best evidenced practices. How we do it is by developing initiatives that incorporate approaches to closing care gaps identified in analyses and best evidence.

The real work of QI is done at the individual unit or clinic or hospital level. This cannot be achieved in centralized QI systems focused on data that have no true connection to the formation of perinatal quality improvement teams that will lead change in these individual units. The foot soldiers of QI work are culture warriors. Only multidisciplinary teams including the stakeholders providing care in a given unit or hospital, supported by an enlightened front office and meaningful data, can effect and study the changes necessary to change the course of a previous decade or more. And a word about that…meaningful QI requires active participation from all key stakeholders. This means doctors. PQCNC has no trouble finding nurses who see the need for improvement. And we have much better luck with some MD specialties than others. We need all specialties. In an age where maternal mortality is problematic, we need the physicians caring for mothers to join the efforts of PQCNC as the AIM champion here in NC.

This award is a tribute to your commitment to outstanding patient care. PQCNC has worked in 83 birthing facilities in NC over the last decade. You all have distinguished yourselves in our eyes. There were some other excellent hospitals nipping at your heels over the last ten years, but Cone wins this race. 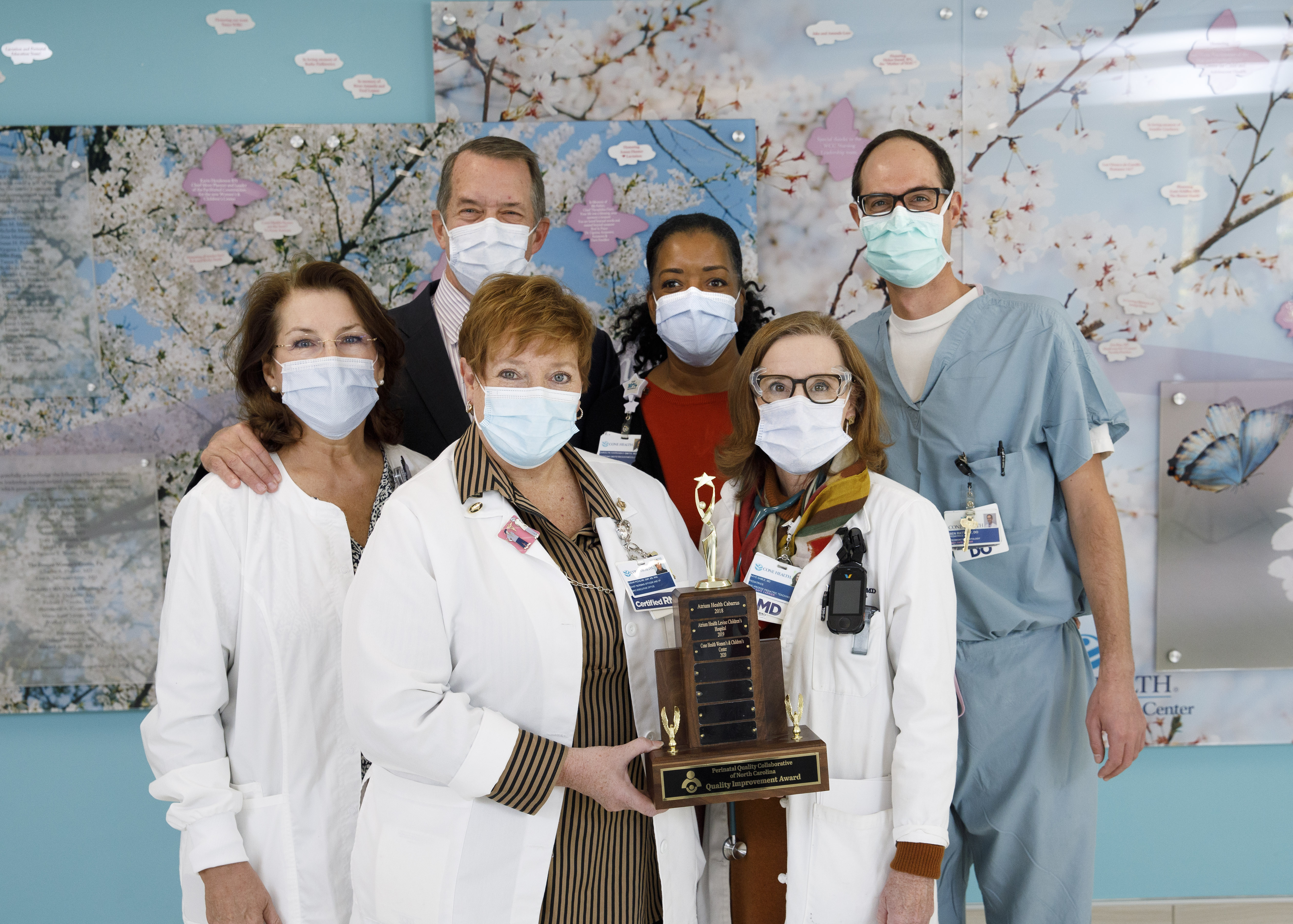